Inspection & repair of a Governor

Inspection & repair of a Governor

This post is to help with the disassembly, inspection, repair, and re-assembly of a Cub governor.

We begin after the governor has been removed from the tractor and is on the work bench. First thing, clean it up as good as possible at this stage. As we progress, further cleaning will be required. 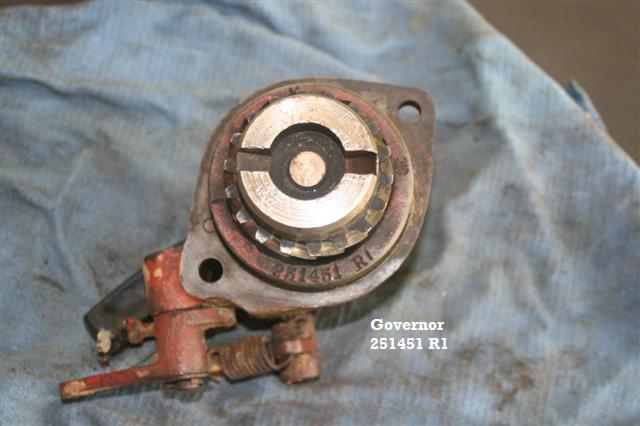 Be sure the gov is on a table. Hold it about 2 inches above the table .Hold the gov by the gear and give it some light taps on the ears with a light hammer.
The gear half (18) will start to separate for the housing (20). This may be traumatic if it falls on your foot, so be careful and keep it over the table. 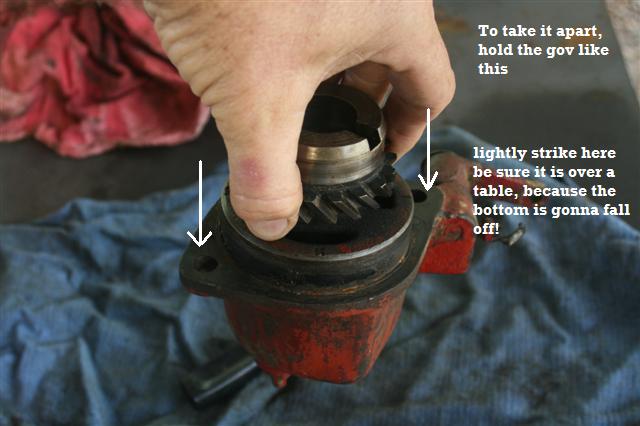 We start with the housing (20). At the bottom, note the rockshaft (8), the
gov tension fork (29) held on by 2 machine screws. This one has only one long arm. It is the same as noted in the parts book. What we are looking for here is excessive ware. The forward most part of the prongs should be shiney from the gov bearing (23) rubbing on them. Shiney, but not worn thin. 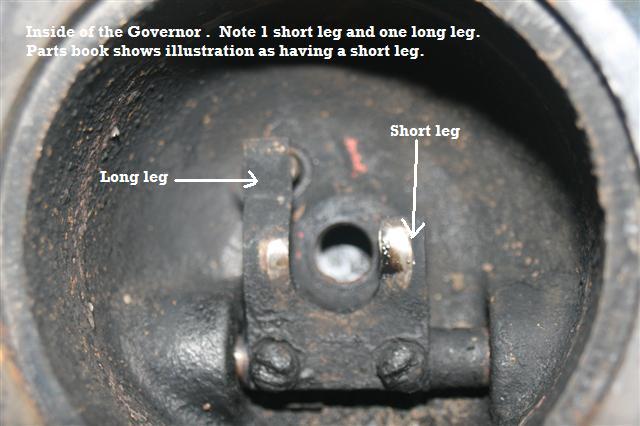 But there is another, one with 2 long arms. Donâ€™t worry about this, either one will work just fine. 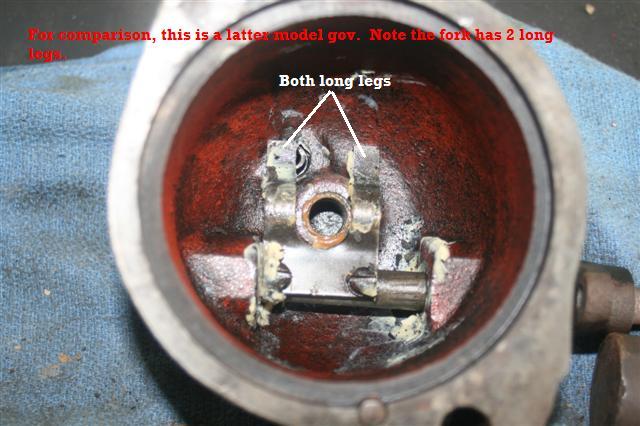 Use a small round instrument and move the bearing (10). It should move freely.
Plan on replacing the seal (9). 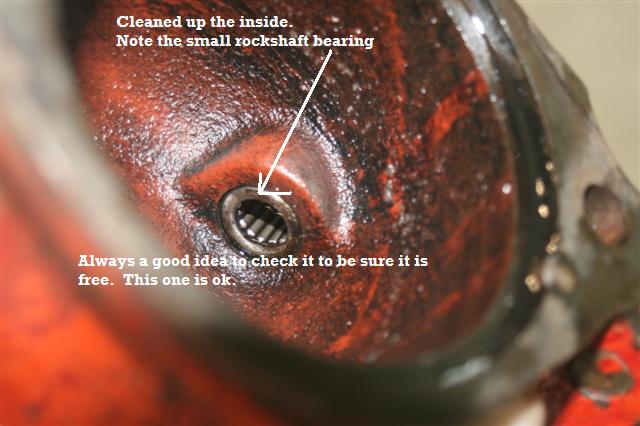 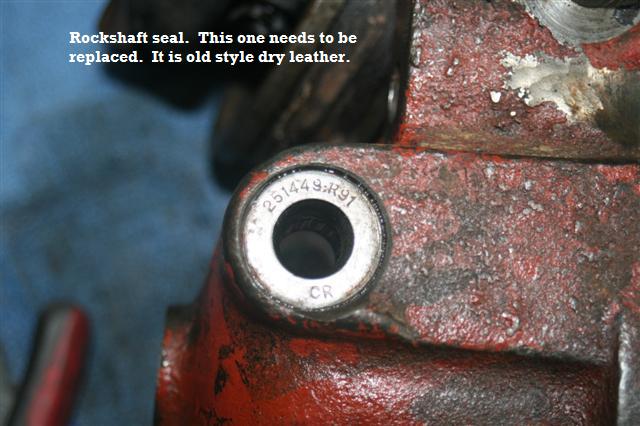 One can also remove the gov body bumper spring (17 & 18) for inspection.
Normally these will be ok, but take a look.

We are now ready to inspect the gov (28).
There are very few things that can go wrong with this. First check the weights (26) to be sure they move freely in and out.
Also need to be sure as the weights move in/out that the gov thrust ball bearing group (23-25) move up and down the gov shaft (28) freely.

Check the gov thrust ball bearing (23) to be sure it rotates freely.
Normally they do, should not be a problem, but check it anyhow. 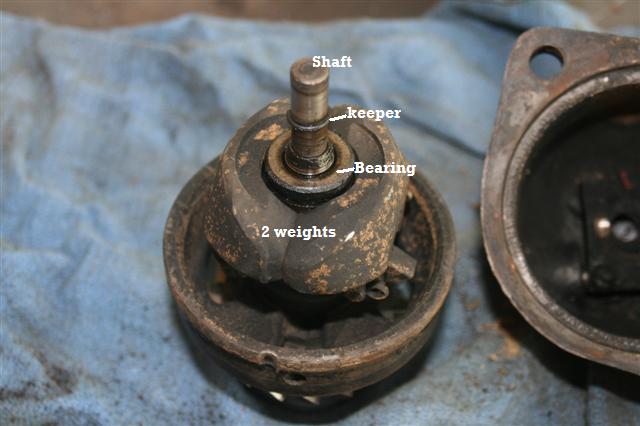 If all this is ok, clean all parts thoroughly and prepare to re-assemble.

Be prepared to purchase:
Governor spring (7)
Governor rockshaft oil seal (9).
Both need replacing due to age and use. No since doing all this and installing old pieces. These two are the most likely to give problems in the future.

Now, as a side tract: Next photo is of the old and new type gov spring throttle lever (11). There is quite a difference between the old and the new.

Since I am used to the new shorter type, tuning this gov (28) is going to be quite a challenge. 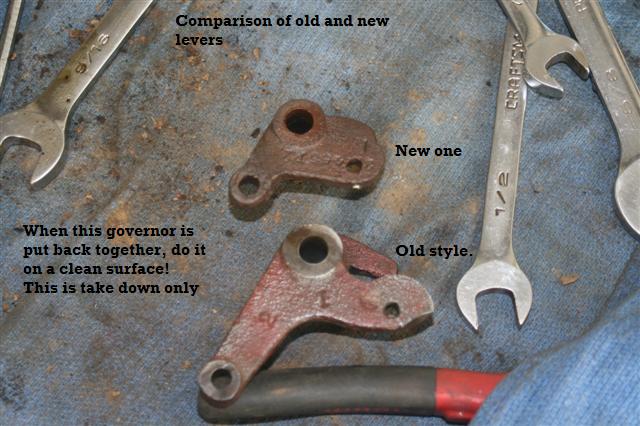 Got to order some parts now, so the final assembly will have to wait. Will do another post at that time.
Louisiana Cub Fest, March 5 & 6, 2010
http://ihc31.com/cubfest
Gary Boutwell
Hammond, LA