Well this weekend finally got the sheet metal installed. PO beat the heck out of hte hood so we had to heat and let it cool to pull it back in. So go all of that painted and installed. For the pictures we just put the hood on then took it off to adjust the valves while it was running. 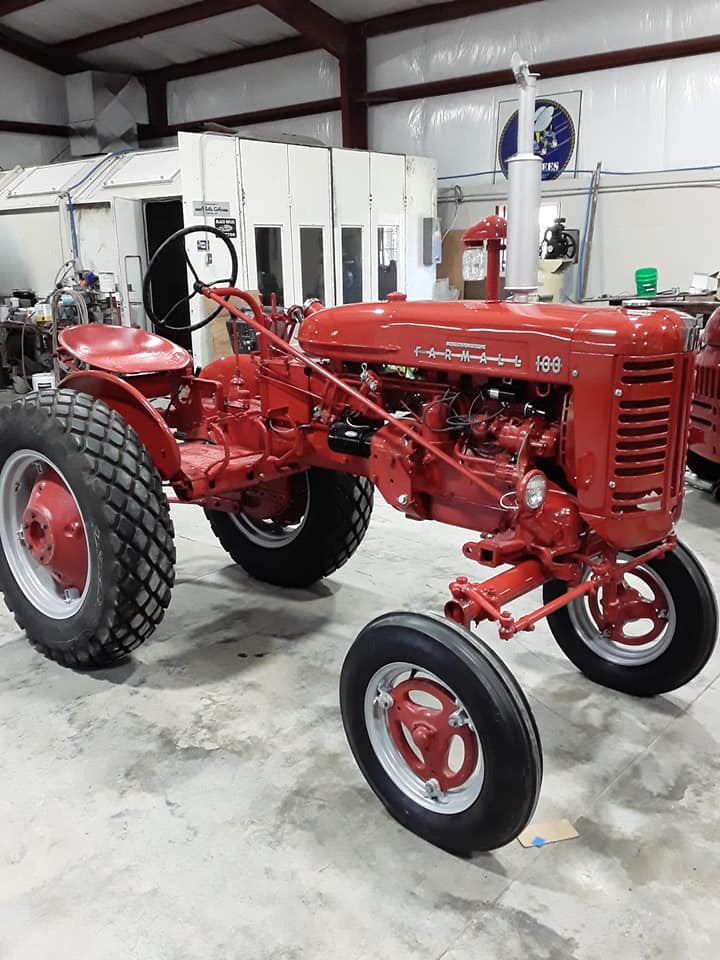 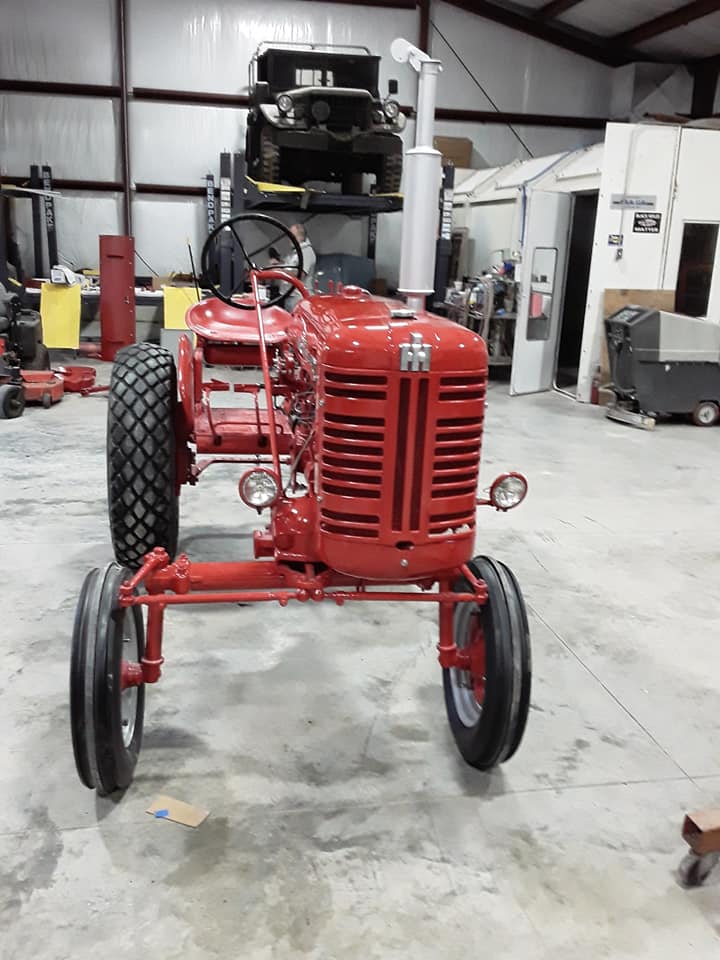 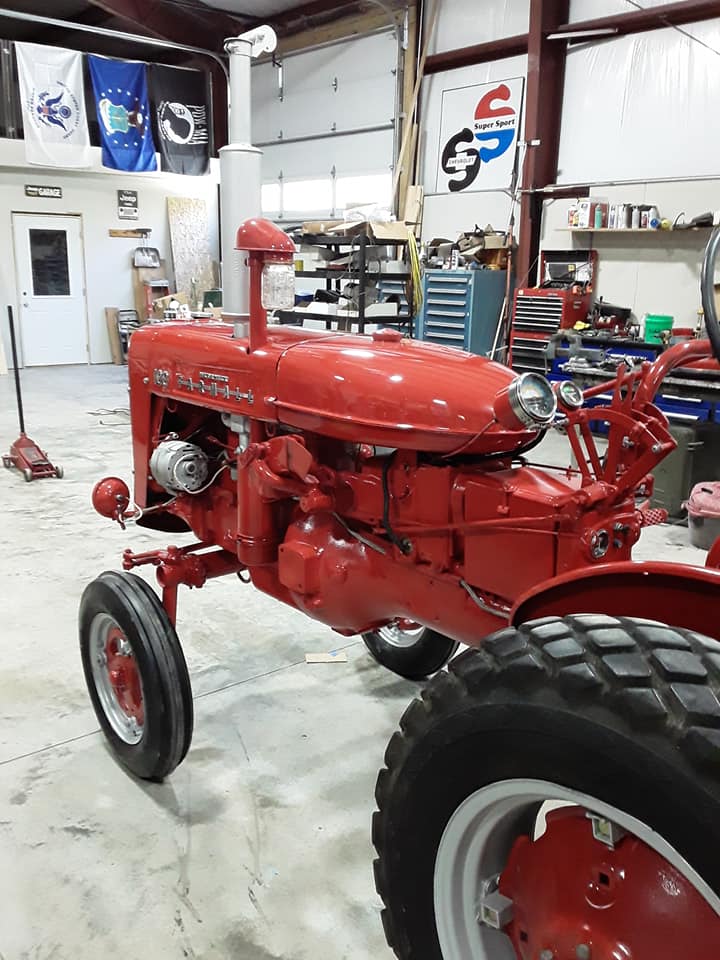 So as far as the standard tractor we just need to adjust the idles some more and touch up paint some areas and its done.
Only thing left is to weld the cylinder brackets onto the A60 frame for the power angle and then mount the valve and do the lines for it. Then it will be complete.

Pevious owner had the tach (from a 240) hooked on the stud the holds the throttle lever. My knees would hit this, so I moved it over to where it looks like the tachs were on the 140s.

As a side note we found DTC hit the start and thing came to life super quick. Purs like a kitten especially since replaced all 4 push rods that were varying degrees of bent.
Shawn Agne
Top

Nice job. I guess a paint booth makes it easier to get the shine.
"We don't need to think more,
we need to think differently."
-Albert Einstein
Top

That's my friends shop in New Castle, IN. He's restored a lot of cars to get the shine we/he just spent a lot of time using fill primer and a little putty and sanding in between to get a smooth finish. He just sent out his 68 Camero convertible to get the body rebuilt, as a hard top sitting outside that is going to be a racer.

Yes the A60 blade will have power angle and be a trip blade. I need to get chains for it. When I bring it back home I'll probably just throw the blade and wheel weights on it so its ready to go except for the chains.

The only problem is the Cub and 300 aren't going to look as nice next to this one and going to want them to be redone.........
Shawn Agne
Top

Where did you get the Tach? Did it come with the tractor? I have not been able to find a good uses tach or an after market one for the A-140
When you only have 9 horsepower you need to know the names of all of the ponies!
Top

inairam wrote:Where did you get the Tach? Did it come with the tractor? I have not been able to find a good uses tach or an after market one for the A-140

The tach was with the tractor from a previous owner. He had it listed as a 240 tach and it has a stud for alight on it so it probably is a 240 tach. The housing is just off an oil filter.
Shawn Agne
Top

The 240 tachs are available as repops. I was thinking about getting one of those.
When you only have 9 horsepower you need to know the names of all of the ponies!
Top
11 posts • Page 1 of 1